After lengthy discussions, the German Parliament approved an amendment to the Narcotics Act on 19 January 2017 and the law came into force on 10 March 2017. Cannabinoids are now officially approved as therapeutic agents in Germany: Which cannabinoids are there? Which forms of dosage are available? And how can the viscous products be filled quickly and reliably? 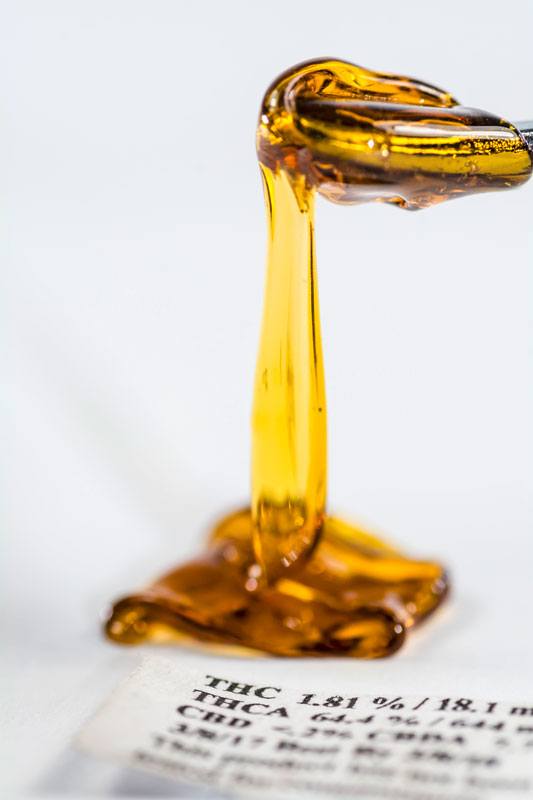 According to an overview of the Deutschen Ärzteblattes, 13 different strains of medicinal cannabis are currently available. They differ in their drug concentration and are consumed as capsule, solution or via inhalation. The absorption of the active substance via the lungs or the digestive tract determines the duration of effect and the onset of the effect. When inhaled, the therapeutic effect begins within a few minutes, but the duration of effect is shorter. When taken orally, the effect usually takes half an hour or more to kick in – but the duration of effect is longer. For therapy use, the legal text (5th SGB §31) describes two substances: Dronabinol and Nabilon. Dronabinol is better known to most as tetrahydrocannabinol, or THC for short (trade names in the US: Marinol, Syndros). Applications range from (chronic) pain, spasticity, loss of appetite, insomnia to nausea. The substance is extracted by various methods in order to get the active ingredient from it. The result is a slightly yellowish-brown resin. It is very viscous at low temperatures and becomes less viscous with increasing temperature. The resin is insoluble in water, which is why it is usually mixed with other fats or oils for the various forms of administration. The second approved product is Nabilon, a synthetically produced derivative of THC. The trade name in German-speaking regions is Canemes, and in the US and Great Britain better known as Cesamet. The drug is used to treat anorexia and cachexia in AIDS patients and also as an antiemetic in nausea and vomiting under cytostatics or radiation therapy as part of cancer treatment.

A survey of the three largest health insurance companies, carried out by the Süddeutsche Zeitung, revealed that applications for reimbursement up until the beginning of October have risen to nearly 10,000. 6,200 of them were accepted. The number of prescriptions issued by doctors also increased considerably.

Due to this boom, supply bottlenecks often occur. A pharmacist quoted in the Süddeutsche Zeitung puts it this way: “It looks as if the demand has been underestimated.” But even before the law came into force, supply fluctuations could be expected. The production of medically usable cannabis now needs to be adapted along the supply chain. An end to this boom is not yet in sight. 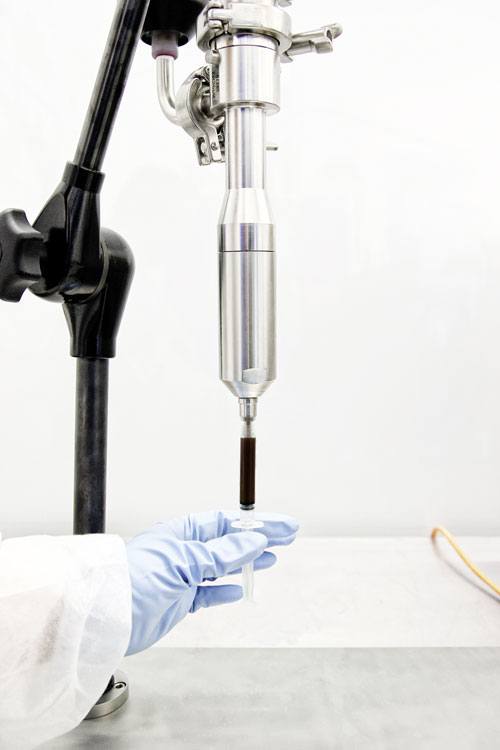 Filling of pasty THC in syringes with ViscoTec filling pumps.

The actual production method for the market is currently being ramped up and expanded. If, previously, the syringe was partially filled by hand with the THC, this is now done fully or semi-automatically. This drastically reduces production times in this area. ViscoTec – specializing in the processing of high-viscosity materials – offers precise solutions for this. Due to the high viscosity of the product, not all pump types, such as peristaltic or rotary piston, are suitable for this purpose. ViscoTec’s progressive cavity pumps, which operate based on the endless piston principle, have proven their worth in this area. The dosing units belong to the rotating positive displacement group of pumps. The stainless-steel rotor moves eccentrically in a stator made of elastomer. The interaction of rotor and stator creates chambers. The size of the alternately opening chambers remains constant during the rotation, so that there is no compression of the conveyed product. Thanks to this dosing geometry, a constant volume is always fed proportionally to the rotation angle per revolution, regardless of the viscosity of the material and the product flows pulsation-free. In fact, this leads to a guaranteed dosing accuracy at the pump outlet of 1% (depending on the material), which in practice often falls below this percentage. Through a feed without compression even highly viscous fluids can be fed or filled. This pump technology has additional advantages over other dosing mechanisms. In more than 95% of all applications, filling and dosing valves are completely unnecessary because a retraction (reversal of the direction of rotation of the dispenser) leads to a controlled thread breakage and dripping is therefore prevented. This advantage allows for, among other things, an exact dosage of stringy gels or resins.

The pumps used to fill the cannabis resin are designed according to the requirements of the GMP and FDA guidelines. Appropriate attention was also given to the cleanability and to the documentation. After use, the dispenser can be disassembled without tools in less than a minute and can be cleaned in cleaning baths or also in automated dishwashers and sterilized in an autoclave.

Some time has passed since the legalization on 19 January, but the demand shows no sign of waning. In order to fulfil the demand, further work is being done to modernize and adapt the production chain and therefore to ensure the supply to the affected patients. In one specific case, using the semi-automatic dosing system from ViscoTec increased the cycle time for filling a syringe from the original 2 syringes per minute (by hand) to 12 syringes per minute.