The Chinese branch office displayed a very attractive whole system setup including an MT-XS with degassing and ViscoDUO-VM from the A&C department which was fixed on a local table robot which could hold 18 kg (!) and from preeflow the all new eco-DUO330 and also eco-SPRAY was shown.

This year, for the first time, there was a cooperation with the Japanese robot manufacturer JANOME to further deepen the very good business relationship. An eco-PEN300 was mounted onto the JANOME table robot with integrated vision system for the perfect dosing alignment. The later combination ViscoTec Shanghai also uses in their office to shoot some videos which hopefully could be published as well soon.

Georg Senftl (CEO) and Thomas Diringer (Business field manager preeflow) came from Germany to support the team in China at the exhibition. The result of the participation are many new requests from potential and also previously unknown customers. This was a great success. 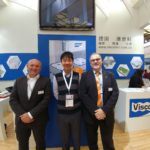 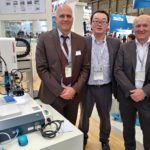 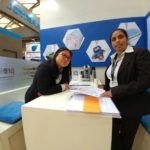 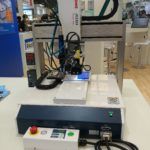 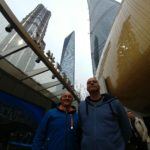 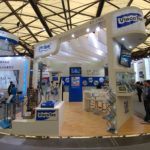